Timm calls out Danforth for “out of touch” remarks

Home /Politics/Timm calls out Danforth for “out of touch” remarks 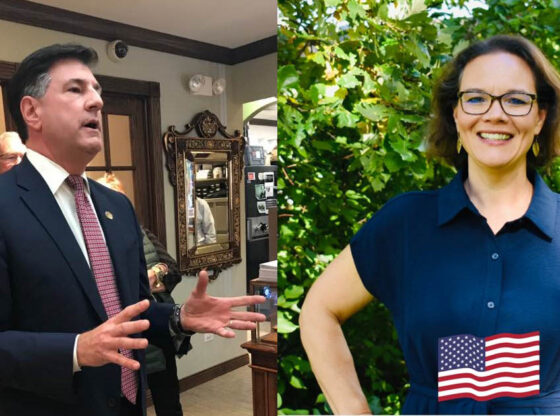 (LAKE ZURICH, Illinois)— Alicia Timm, candidate for Lake County Board District 17, released a video Friday calling out her opponent, Mike Danforth, for his recent remarks to the Chicago Tribune.

“People want someone to work hard for them,” Timm said. “I’ve knocked on thousands of doors this year to hear from residents and learn about their worries, their values. I think it’s vital for public servants to have that kind of interest in the people they want to represent.”

According to the Tribune, Danforth criticized Timm for having “admitted she’s basically a stay-at-home mom, and she doesn’t have anything better to do than go knock on doors…What life experience do you have to be working in this? Have you negotiated contracts? Do you know anything about the law? Do you know how the real world operates?”

Danforth continued: “I personally maintain…a Federal Firearms importation license… I work for clients that say, ‘I need to get ammunition from India,’ or Pakistan, or wherever.”

Danforth’s remarks were published in the Lake County News-Sun on Thursday.

“There’s a real choice here,” said Timm. “We are vastly different on what it means to serve the public. I believe in hard work, safe and healthy communities, and respect for people and their experiences. He believes in contracts and guns, apparently—and disparaging women.”

Timm serves on the Board of Directors of the Ancient Oaks Foundation and is Chair of the Habitat Corridors program for Citizens for Conservation (of Barrington. She also spends quite a bit of time raising two children to be hard-working, respectful, and contributing members of this community.

Timm’s video can be seen at the following links:
Instagram: https://www.instagram.com/reel/CkmRKFqgiXQ/?utm_source=ig_web_copy_link