Rotering, Curran and Hutchinson Back on Ballot in Illinois Supreme Court Race

Home /Politics/Rotering, Curran and Hutchinson Back on Ballot in Illinois Supreme Court Race 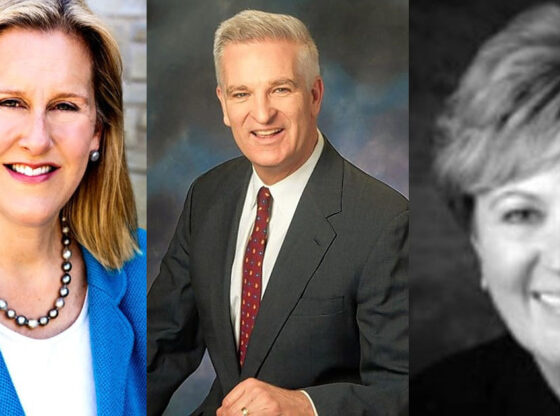 The race for the Illinois Supreme Court seat opened by the retirement of Justice Robert Thomas has been an unusual one. Multiple candidate have been vying for the seat. Three of them were kicked off ballot but they are now back on.

Democrat Nancy Rotering and Republicans former Lake County Sheriff Mark Curran and Illinois Appellate Judge Susan Hutchinson were removed arising from a ruling by the electoral board on the basis they failed to collect a sufficient quantity of signatures to run for the 2nd district opening in the wake of Thomas’ retirement. The 2nd is a large district which covers DeKalb, Kendall, Kane, Lake and McHenry counties.

Cook County Judge Maureen Hannon over ruled the electoral board’s decision placing the three back on the ballot. Hannon’s six page decision cited confusion over the necessary number of required signatures and different interpretations of the law. “Ballot access laws in Illinois are to be interpreted liberally and impediments to candidacy are to be strictly construed,” Hannon wrote.

John Fogarty, an attorney for objectors maintained that “Every single time a Supreme Court justice or an appellate court justice runs, yes, the state board goes to the counties and calculates those numbers,” said Fogarty. “Even I could do it … it’s excruciatingly simple.”

But that was not enough as Hannon ruled in favor of access. On both the Democrat and Republican side, it will come down to has it has always been.. which candidate can garner the majority of name identification.

More can be read here: www.chicagotribune.com