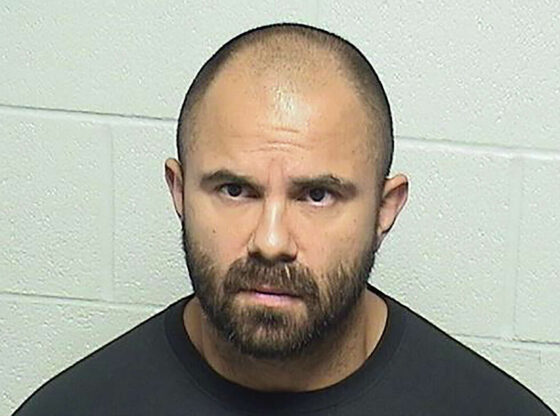 WAUKEGAN, Ill. (AP) — A former suburban Chicago police officer who was fired after he shot into a car two years ago, killing a Black man and seriously wounding the man’s girlfriend, has been charged with second-degree murder and involuntary manslaughter, authorities announced on Thursday.

On the night of the shooting, another Waukegan officer stopped the couple’s car and was questioning them when Williams suddenly drove off, according to investigators. The officer pursued them and Salinas responded to his call for help and joined the chase.

Williams drove off a roadway and crashed, then put her car in reverse in an attempt to leave the area, the Lake County State’s Attorney’s office said in a news release Thursday.

Salinas had climbed out of his squad car and was not in the path of Williams’ car but he “fired several shots into the driver’s side of the vehicle as it continued to reverse past him,” according to the news release.

Williams was wounded and Stinnette, who prosecutors said had committed no crime, was killed.

Salinas surrendered to authorities on Thursday and a judge ordered that he be held on $350,000 bond, prosecutors said. Second-degree murder carries a maximum prison sentence of 20 years and manslaughter carries a maximum term of five years. If Salinas is convicted of both charges, the sentences would run concurrently.

Douglas Zeit, an attorney who represented Salinas in court on Thursday, declined to comment when reached by phone.