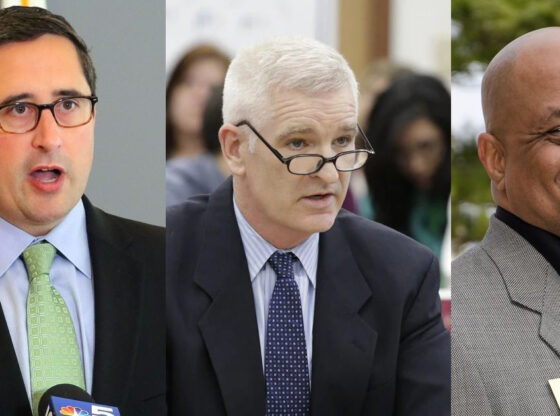 The 2022 primary was quite hotly contested in Lake County, marking a time with an unusually large amount of challenges. There were more primary races here than anywhere else in Illinos. This was particularly true on the Democratic side with primaries going all of the way down to the precinct committeeperson level. The Republicans had some hard fought campaigns as well.

There were upsets, surprises and real head scratchers. Here are some of the most notable results.

Edly-Allen CLOBBERS Sam Yingling
One of the most prominent races was for the district 31 state senate seat, with Melinda Bush retiring. Given that Sam Yingling represented half of the district for 10 years and his name id was bolstered by millions of Madigan money for his state rep races over the years, it was his race to loose. Yingling did exactly that. Mary Edly-Allen was backed by outgoing senator Melinda Bush, which brought a lot of momentum. Yingling also angered Governor Pritzker as well as a number of local Dems. Edly-Allen solidly beat Yingling 55% to 45% who will be out of the General Assembly when the new GA is sworn in. Edly-Allen will go on to face Adam Solano of Grayslake in the general election.

Laura Favre Dias Wins for 62nd District State Rep
Grayslake Trustee Laura Favre Dias won convincingly for the State Rep seat vacated by Yingling. She was challenged by Thomas Maillard and embattled Lake County Board member, Terry Wilke. Dias took 70% of the vote and will go on to battle Adam Shores in the general this fall.

Curran Wins Republican Nod for Supreme Court
While there is just a 1.5% difference, former Lake County Sheriff Mark Curran appears to have won the race to be the GOP nominee for Illinois Supreme Court. Curran barely waged a campaign, compared to Circuit Judge Daniel Shanes who was well funded and outspent everyone else in the race. Curran did not send mailers, run cable or Facebook and did not put out any yard signs. It is likely that his name id from serving as Sheriff and running for congress made the difference.

Maillard Wins Re-election as 10th District State Central Committeeman
Thomas Maillard was challenged by Grayslake resident Hal Sloan of the Avon Township Democrats. Sloan was endorsed by JB Pritzker and bolstered by a whopping $55k contribution. Maillard had a fraction of that. Most voters are unaware of the job of state central committeeman or committeewoman, so neither Maillard or Sloan are household names and entered the race with a name id advantage. Maillard won handily beating Sloan by a whopping 67% to Sloan’s 33%. Maillard was backed by Congressman Brad Schneider, had a smart message and delivered it effectively. Sloan had glitzy expensive Facebook ads and more mailers, but that did not win the day. This race shows that smart messaging and effective delivery is the essence of a successful program.

Idleburg Whallops Opponent William C King
Incumbent Democratic Sheriff won convincingly over his challenger, William C King, winning 61% to 39%. Idleburg has done a good job and voters know it. King also did not help himself by insisting at a forum that he would work with ICE if elected. Customs enforcement is not under the jurisdiction of any local law enforcement agency and his comments were rather tone deaf towards a significant part of our community.

Vice Wins Over Van Dien
On the Republican side for Lake Sheriff, Mark Vice won convicingly over John Van Dien. Vice won 58% of the vote to Van Dien’s 42%. Vice will face incumbent Idleburg in the fall.

Appellate Court, 2nd District
In a three way race between Circuit Court Clerk Erin Cartwright Weinstein, Traffic Court Judge Chris Kennedy and attorney Mike Cortina, Weinstein and Kennedy are locked in a dead heat with just some 400 votes seperating them. Cortina has conceded. There are late arriving vote by mail and provisional ballots to be counted. This one will come down to July 14th. The winner will go up against Susan Clancy Bowles in the fall.

Hewitt Clocks Snarski
Long time incumbent Lake County Board member Diane Hewitt beat appointee Steve Snarski, earning 70% of the vote to Snarski’s 30%. The two were mapped into the 8th district and Snarski was appointed to fill the seat of retiring Bill Durkin.

Our Take
The sparks and fire certainly flew here in Lake County during this primary cycle. Given all that is at stake in our nation and in Illinois, it is imperative for voters to stay engaged and turn out this fall.