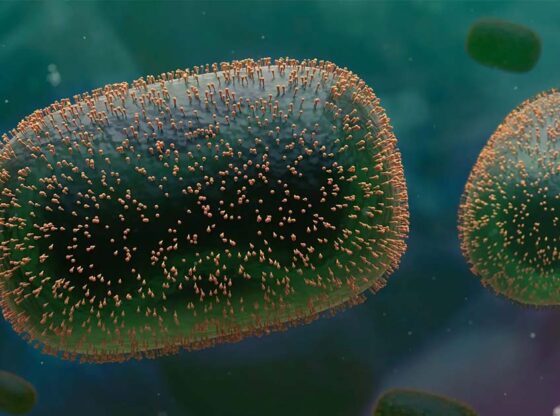 There are currently no confirmed cases of monkeypox in Wisconsin, however, its bordering state to the south, Illinois, ranks third highest case count in the country.

As of Wednesday, there are 46 reported cases in Illinois. There are 27 states and the District of Columbia with confirmed monkeypox cases. There are just reported 5,115 worldwide.

“Now that it’s in Lake County confirmed that is definitely a concern,” said Lake County resident Corey Scott. “I definitely don’t want to go to a pandemic again.”

UW Health medical director for infection prevention Dr. Dan Shirley said monkeypox spread is much different than COVID-19 and other viruses, and the risk to Wisconsin and Lake County residents remains low.

“We’re in that position right now where we’re trying to find the cases so we can identify them, test them and deal with it so we don’t end up with a bigger, more rapid spread,” he told 12 News. “It’s not quite the same as what we’ve been talking about for a couple years with COVID. You really do need kind of prolonged or very close contact with someone with monkeypox during that acute phase to get monkeypox.”

He said the incubation period is much longer, allowing them to contact trace potential exposures better.

“Right now we’re in that phase of trying to find cases,” he said. “So if we find contacts of those cases we can do something about it.”

There is a vaccine and treatment already in a stockpile in the U.S. It’s the same vaccine used to prevent smallpox. The only people with access to it right now are those with confirmed close contact with someone who has monkeypox.

He said symptoms usually begin with fever, fatigue and a headache.

“After a couple days people with monkeypox usually get a rash,” he said. “Which is really like little skin lesions, it could look like pimples or blisters.”

He stresses that the way to get monkeypox is through very close contact with an infected person for a prolonged time, either by skin-to-skin or sharing bodily fluid.

“We do want this word to be spread pretty rapidly though so we can find the cases and then take care of the people who might have been in contact with them,” he said.

The Lake County Health Department said the virus does not spread easily, and the only confirmed case so far is the one in Waukegan Wednesday.