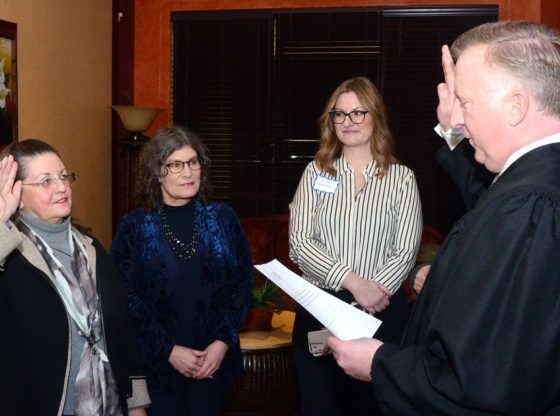 Today, the Legislative Committee of the Lake County Democratic Party convened at Tacos El Norte in Gurnee and appointed Terry Hall to serve the remainder of Melinda Bush’s term in the Illinois State Senate. Bush resigned her seat effective December 31st. Hall, a Gurnee resident, will represent the district until Senator elect Mary Edly-Allen is sworn in when the 103rd General Assembly convenes on January 11th.

Bush resigned her seat on December 24th. By law, an appointment must be made within 30 days. The replacement must be of the same party and a resident of the district.

Due to redistricting, Edly-Allen could not be appointed to the vacancy. Edly-Allen beat Sam Yingling in the primary election and Adam Solano in the general election, but that is according to the new map which has boundary differences from the one when Bush last ran.

The party was notified of Bush’s resignation and on December 26th the Committee released a public notice of the vacancy, meeting date to make the appointment and invited residents to apply. About 20 applications were received. 9 of those applicants appeared at the meeting.

Each applicant was given 3 minutes to address the committee and the crowd of attendees. The applicants spanned the range of ages and included people who have experience in politics to those who have never participated before. Questions were asked of each speaker after their presentation.

Brian Hayden who ran unsuccessfully for Lake County Board spoke about his sincere passion to serve and do all he can to combat the opiod crisis. During his three minutes, attorney David Weinstein talked about his desire to vote in favor of the assault weapons ban. College student Joe Bilas of Gurnee spoke with particular enthusiasm regarding his desire to represent both Democratic values and Gen Z in Springfield. All of the speakers did excellent presentations.

Newly minted State Senator Hall will head to Springfield and vote in the “lame duck” session. It is expected to be an unusually active legislative calendar with important bills such as the assault weapons ban, protecting choice, and others coming up for consideration.

Hall said she is eager to get to Springfield and work with other legislators to get things done.

As Hall serves the remainder of Bush’s term, she can be contacted regarding legislative matters via email senatorterryhallcpa@gmail.com. The 31st State Senate District currently includes Grayslake, Round Lake, Round Lake Beach, Lake Villa, Lindenhurst, Third Lake, Zion, Wadsworth, Winthrop Harbor and parts of Gurnee and others. 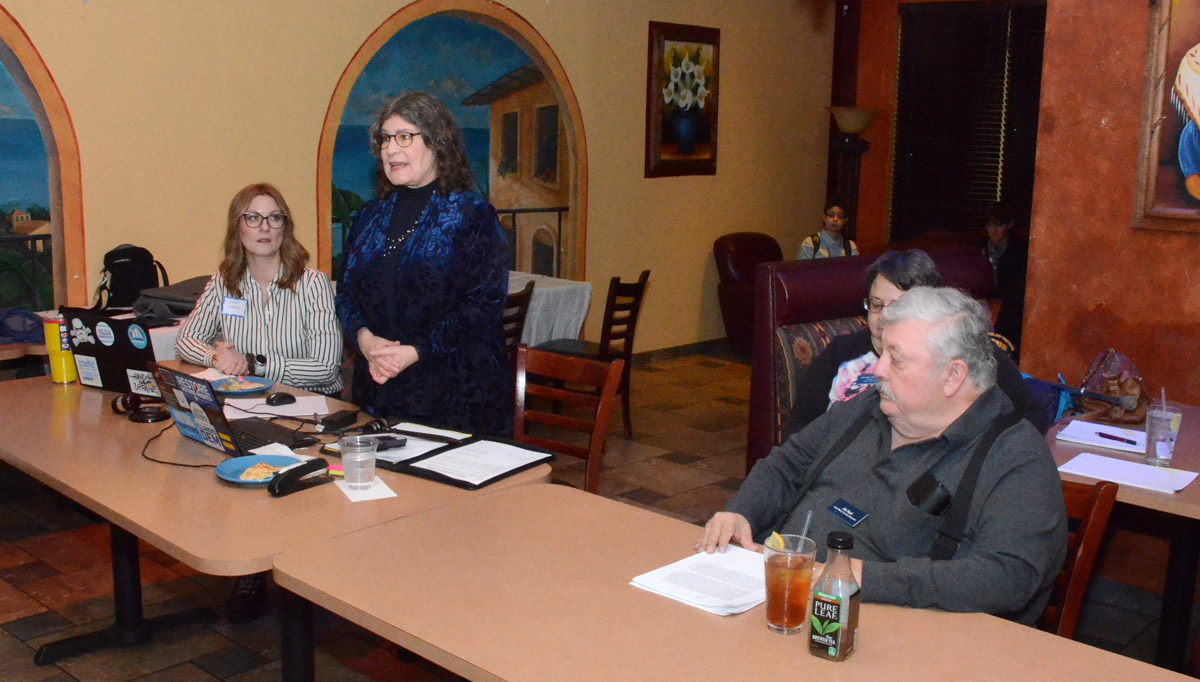 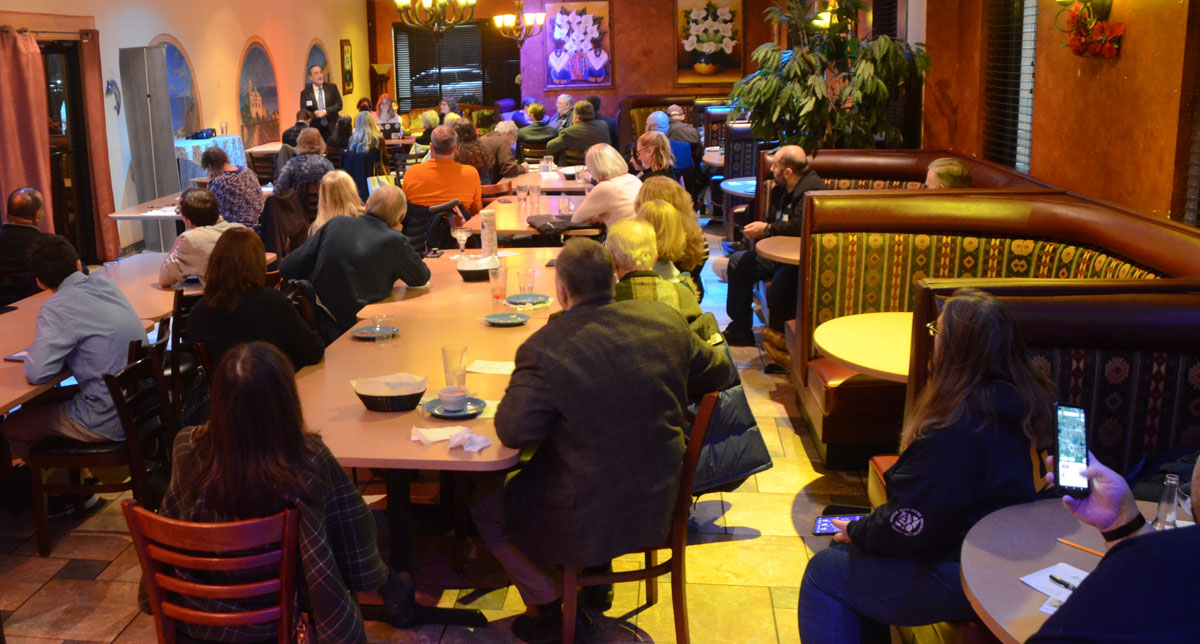 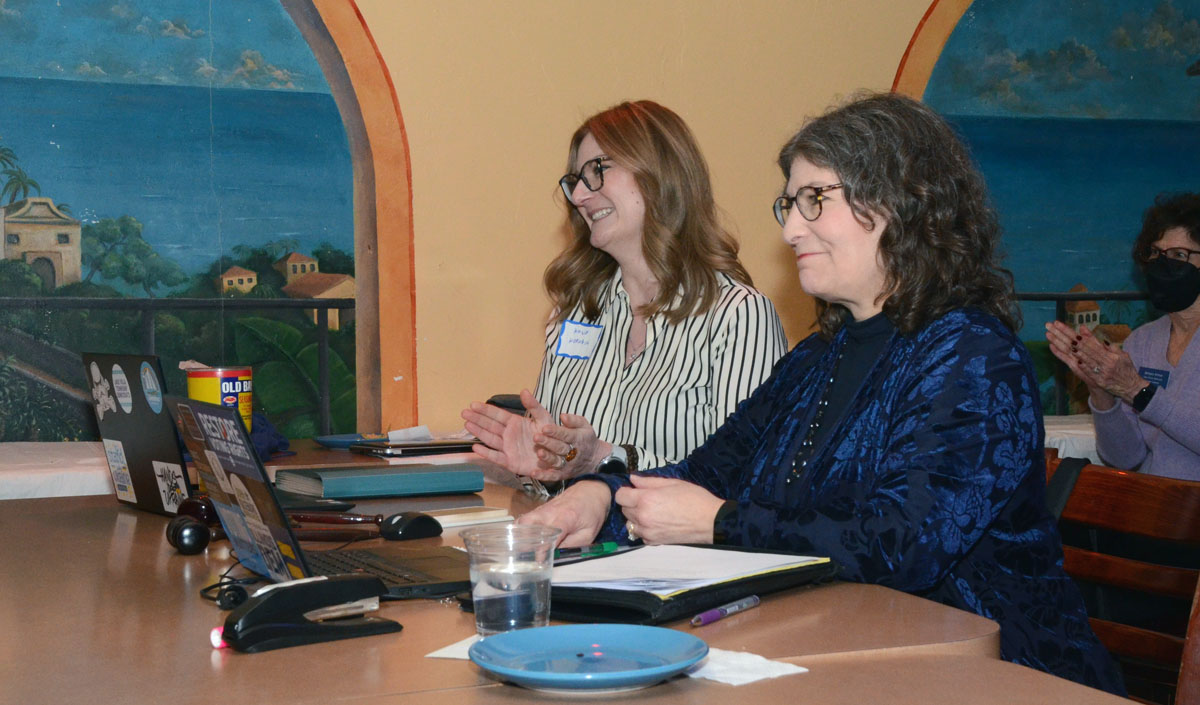 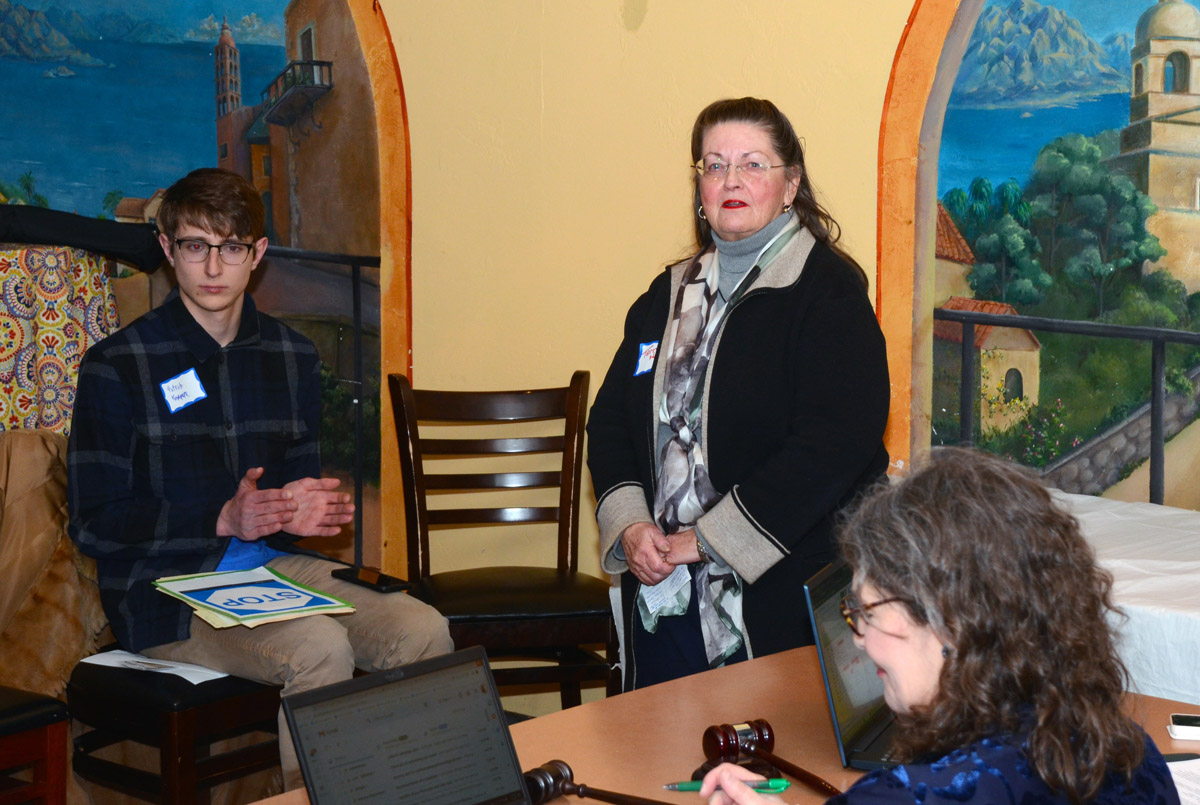 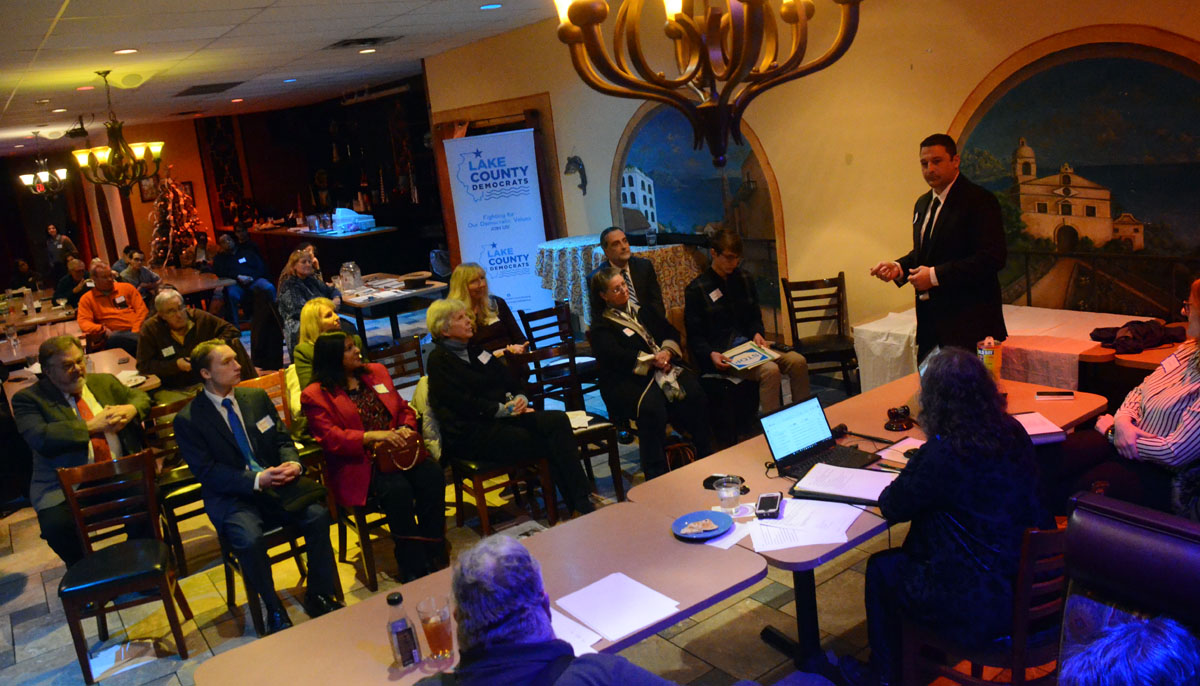 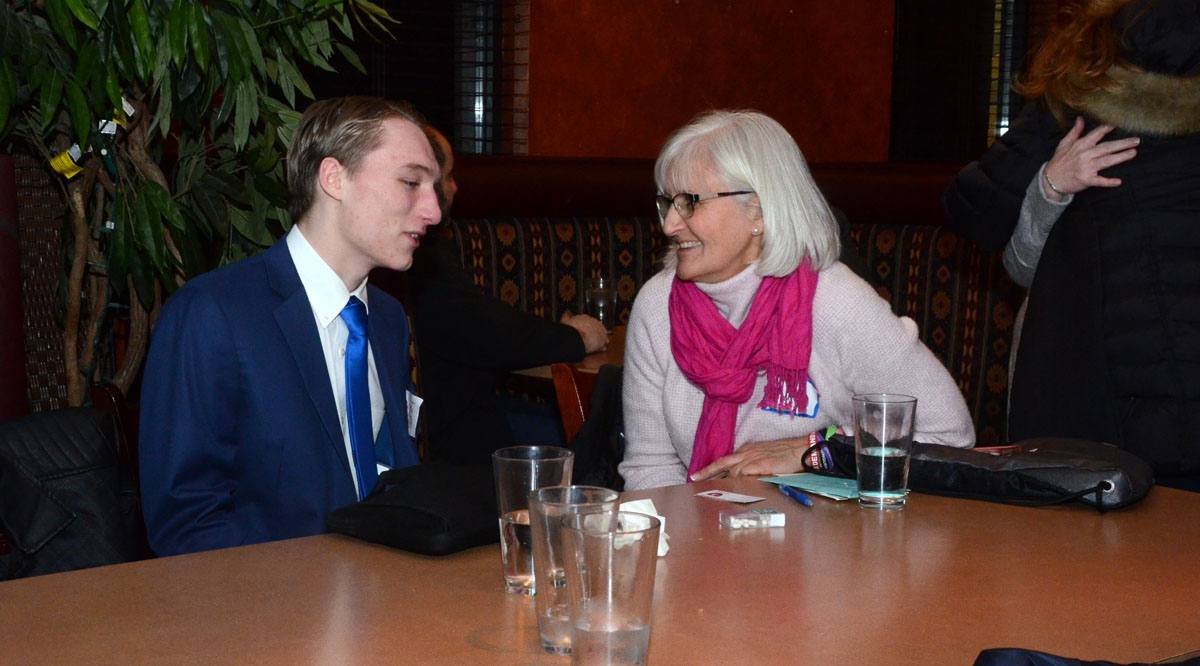 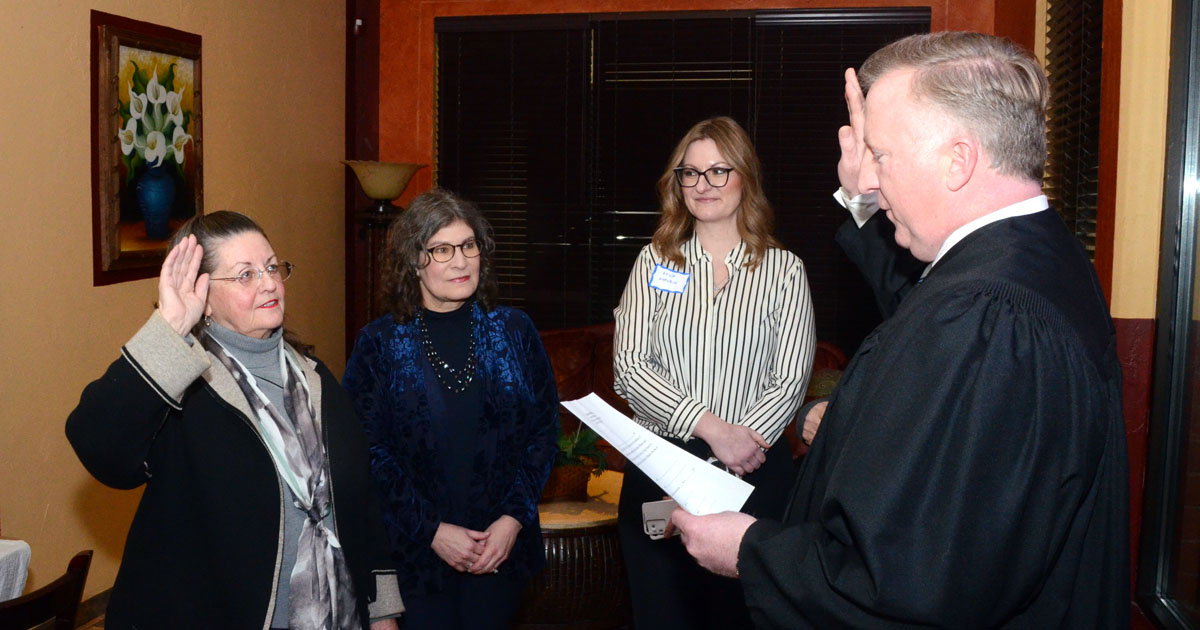