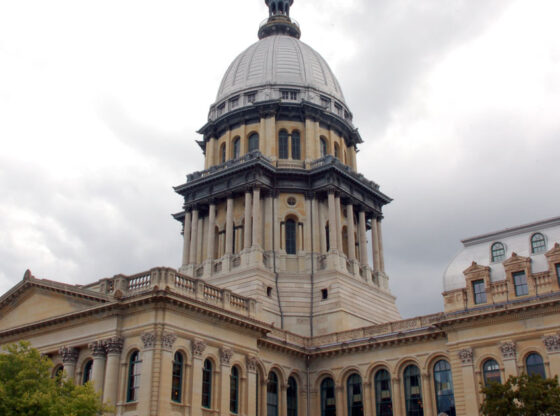 Illinois Minimum Wage
For minimum wage workers, hourly pay has risen from $12 an hour to $13 an hour. Workers who earn tips will see their hourly pay increase to $7.80, however, the state says “these workers must still earn the minimum wage after receiving tips, or the employer is required to make up the difference.”

Fines Removed for Carjacking Victims
Before January 1st, victims of car jacking were responsible for traffic penalities, impound fees and other fines associated with the use of their vehicle. The Illinois General Assembly changed that in the spring with a measure stating, “a person shall not be liable for violations, fees, fines, or penalties during the period in which the motor vehicle was reported to the appropriate law enforcement agency as stolen or hijacked.” Vehicle owners must submit valid proof of their vehicle having been stolen or carjacked.

Increased Penalties for School Zone Driving Violations
The penalty for certain moving violations made in school zones can now include community service. Failing to stop for a school bus that is stopped and receiving or discharging pupils and has displayed visual signals, speeding in excess of 20mph in a school zone or on school property are eligible infractions.

CROWN Act
The CROWN Act legally protects people in workplaces from discrimination based on their natural hair. According to the General Assembly, the bill “provides that ‘race,’ as used in the Employment Article, includes traits historically associated with race, including, but not limited to, hair texture and protective hairstyles such as braids, locks, and twists.”

Safe Gun Storage Teaching at Schools
One of the new laws requires that “safe gun storage” instruction must be added to the state’s safety education curriculum in “all grades.” Illinois already requires that safety instruction includes topics such automobile safety, traffic regulations and alcohol awareness.

Senior License Plate Fee Discount
Drivers who qualify for the Illinois Department on Aging’s benefit access program will only pay $10 per year to renew their plates. This is a reduction from $24 previously. Residents who are 65 years of age and older, or residents who are 16 and older who have disabilities, can be eligible, with income requirements also taken into consideration.

Smoke Detector Rules
Smoke detectors must now have a “self-contained, non-removable, long term battery.” This change was passed in 2017 but takes effect now with the start of the new year. This law does have a variety of exceptions. It does not apply to “electronically connected to specified alarm systems.” The change also will not apply to “dwelling units and hotels within municipalities with a population over 1,000,000 inhabitants.” If your home was built after 1988 that have battery-powered detectors, you can leave them in until they exceed 10 years from their manufacturing date, unless they fail to respond to tests or malfunction. Fine amounts for violations can be assessed up to $100 applied every 30 days.

A full list of new laws can be found at abc7chicago.com