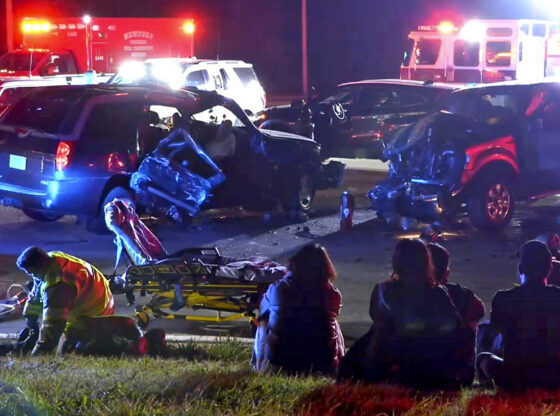 A tragic accident occurred at the intersection of RT45 and Rollins Road in unincorporated Gurnee. According to reporting from the Lake County Sheriff’s Department, 5 people where ejected from one of the involved vehicles and one person later died.

Per the reporting, a GMC SUV was traveling westbound and attempted to turn south at the intersection onto RT45. The vehicle was making the turn during the yellow light when it was struck by a pick up truck heading eastbound on Rollins. Pieces from the collision struck a third vehicle, involving it in the crash.

The driver of the Ford pickup and two passengers were also treated for injuries and survived.

The collision remains under investigation at this time.