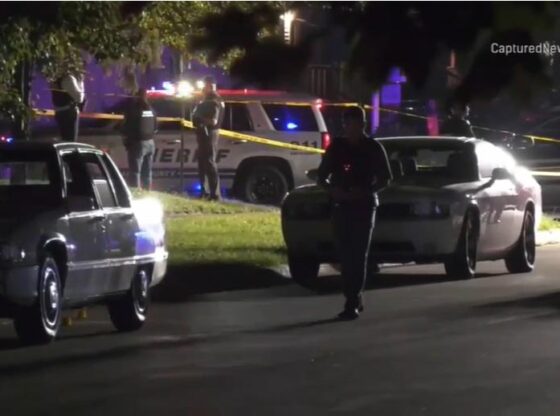 ZION, Ill. (WLS) — A Zion police officer shot and killed a man who Lake County officials said had a gun and was trying to break into a home Thursday evening.

The mother of the man killed told police she had an order of protection against him, and he was trying to break into her home.

Officials said they got a call saying the 47-year-old male relative, who the coroner’s office has since identified as George Franklin, was trying to break into the home in the 2800-block of Ezra Avenue. Zion police responded to the call within minutes, officials said.

When police got there, they said he was in the backyard attempting to get into the house. Police said George had a gun and refused to drop it and started shooting at police.

George’s mother, Josephine Franklin, said she told police she was concerned for her well-being.

“I need to know the truth,” Josephine said. “I don’t want to know anything but the truth. I will not rest until I find the truth.”

George was taken to Vista East Medical Center in Waukegan, where he died. Preliminary autopsy results indicated that he died from multiple gunshot wounds, the coroner’s office said.

None of the officers were shot in the incident, but the officer who fired the fatal shot was taken to an area hospital for evaluation.

Police said there was an order of protection against the George, but he had not yet been served with the order.