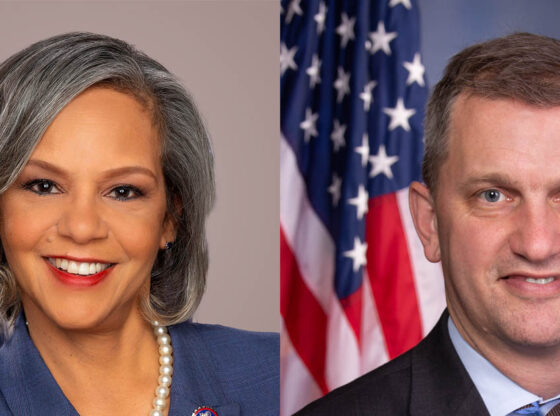 Congresswoman Robin Kelly, Chair of the Democratic Party of Illinois, and Congressman Sean Casten will be the special guests at an online Spring Reception hosted by State Central Committeewoman Nancy Shepherdson on Monday May 9 at 5:30 p.m. Tickets for the event may be reserved at https://secure.actblue.com/donate/nancyspring.

Shepherdson is the current Sixth District Democratic State Central Committeewoman, a district where Congressman Sean Casten upset long-term Congressman Peter Roskam in 2018. Since the latest redistricting was enacted on November 23, 2021, Shepherdson has been running for election in the Fifth Congressional District, a district represented in Congress by Rep. Mike Quigley.

Shepherdson has been an organizer in the Northwest suburbs for more than 20 years. In 2000, she formed the Eighth District Democrats and Independents which encouraged and supported Melissa Bean’s run for Congress even though the district seemed overwhelmingly Republican at the time. To the surprise of nearly everyone, Bean won the seat in 2004 and served in Congress until 2010. Shepherdson has also organized for many other campaigns including Sean Casten’s successful run for Congress in 2018 and many more winning candidacies up and down the ballot.

Over the years, Shepherdson has helped candidates and organizers effectively reach voters through organized canvassing, voter outreach, events, messaging training, financial assistance and more. She has also been involved in recruiting poll watchers and encouraging vote-by-mail to help ensure that everyone eligible to vote is able to vote.

“I want to bring my skills as an organizer to the Fifth Congressional District as Committeewoman to increase Democratic turnout throughout the district, especially during the Primary Elections,” said Shepherdson. “If enough Democrats turn out to vote, we can select strong candidates who share our values and strongly support them going into the general election.”

More information about Shepherdson, including her endorsements, can be found at fifthdems.org. The Fifth Congressional District stretches from the Gold Coast and Boystown in the southeast to Barrington in the northwest, also covering the northwest side of Chicago, Elk Grove Village, Des Plaines, Palatine, Arlington Heights, Lake Zurich and Deer Park. Shepherdson, who lives in the Barrington area, is also a writer whose work has won awards from the American Society of Journalists and Authors and the National Association of Press Women.

To learn more about Nancy Shepherdson and her candidacy for re-election, visit www.fifthdems.org

Buffalo Grove Rally for Choice
With $30 million grant, Lake County prepares for ‘once in a generation’ flood control projects