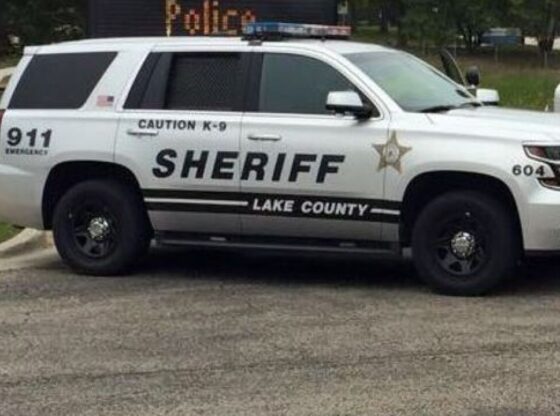 A 33-year-old man was charged after he punched a sheriff’s deputy in the face and began resisting arrest during a domestic battery call near Libertyville, officials said.

The Lake County Sheriff’s Office received a call of a possible domestic battery in progress around 1:45 a.m. Friday at a business in the 14000 block of West Petronella Drive in unincorporated Libertyville.

Lake County Sheriff’s Office Deputy Chief Christopher Covelli said the third-party caller told dispatchers that a female family member was being battered by a male inside in a sleeping area of the business.

The family member lost communication with the woman and believed the man may have been preventing the woman from using her phone.

Sheriff’s deputies arrived and began looking for the victim. They were approached by Christian Castro, 33, who was living at the business.

Castro was verbally and physical aggressive with the deputies, Covelli said.

“While being detained, Castro managed to punch one of the deputies in the face, causing a laceration to the deputy’s face and causing the deputy’s eyeglasses to break,” Covelli said.

Castro allegedly continued pushing both deputies before they were able to restrain and handcuff Castro.

Sheriff’s deputies located the woman and her baby, who were both were okay.

Deputies learned that Castro broke the woman’s phone and refused to allow her to leave the business, Covelli said.

Both deputies did not require medical treatment.

Lake County’s COVID cases increase, as it continues to lead state in vaccination rate
Former Lake County school worker gets supervision in case where he was charged with causing injuries to special ed students