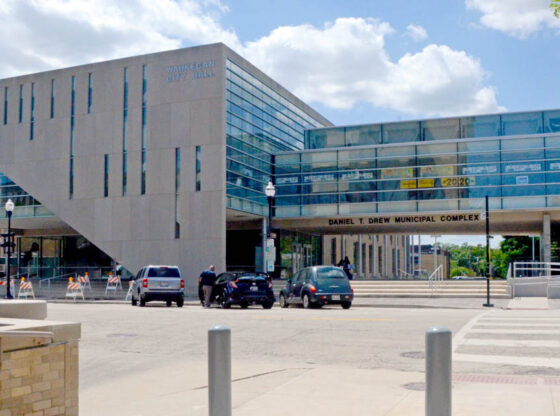 A trio of candidates – including a current alderman, a city code enforcement officer and an electronic technician — plan to challenge incumbent Sam Cunningham in a four-way contest for the Democratic nomination for mayor of Waukegan in the Feb. 23 primary.

Along with a mayoral nominee, voters will choose Democratic candidates for clerk and city treasurer. Kilkelly is seeking re-nomination against Michael Donnenwirth and Galilea Mendoza. Treasurer John Schwab is the sole candidate for that office’s nomination.

Turner, not quite halfway through his first term on the City Council after being elected in 2019, said avoiding any property tax increases, streamlining city government and increasing traffic enforcement, particularly speeding on residential streets, are his primary goals.

A consulting program/project manager in information security and IT infrastructure along with his aldermanic duties, Turner said he has learned to see on the inside what he has heard people complain about before he was elected. He wants to see improvement on the main thoroughfares.

“There’s no reason weeds should be growing on the sidewalks along Grand Avenue,” Turner said. “We should start pothole repair earlier.”

Rivera, a city code enforcement officer and member of the Waukegan Community Unit School District 60 Board of Education between 2016 and 2019, has planned his campaign for months. He said he is not concerned about the large field.

“I’m very encouraged,” Rivera said. “It shows there is a concern. As a homeowner, I’m fed up with property tax increases and unnecessary job positions. I would trim non-union staff, and add to field staff like the police department, public works and building.”

Cunningham said the city has the same number of employees today as were working when he first took office in 2017.

A first-time candidate for any public office, Mathis said he is seeking a total career change after 34 years as an electronics technician. He said two of his major issues are taxes and accountability for police misconduct.

Mathis said he had no intention to run for anything until October when a Waukegan police officer shot Marcellus Stinnette, killing him, and Tamara Williams, wounding her. The victims of the shooting are the parents of a young child.

“It never should have happened. We need to ask a lot of questions, and learn what it is all about. That 8-month-old baby is going to grow up without his father. I’m sick and tired of being sick and tired,” Mathis said. “I feel good I’m doing something,” he added referring to his campaign for mayor.

Not concerned about the size of the field, Cunningham said he is proud of his efforts during his first term as the city’s top elected official. He said he intends to keep moving Waukegan on a growth path.

“Having people involved in local government is always a good thing,” Cunningham said. “We have been able to establish a process of being effective and transparent with Waukegan’s city government. We’re going to continue to improve the quality of life in Waukegan. We’re going to do that by investing in Waukegan, Illinois.”

Cunningham said those investments include infrastructure, like expanding the water plant to sell water to neighboring communities, increasing the city’s revenue.