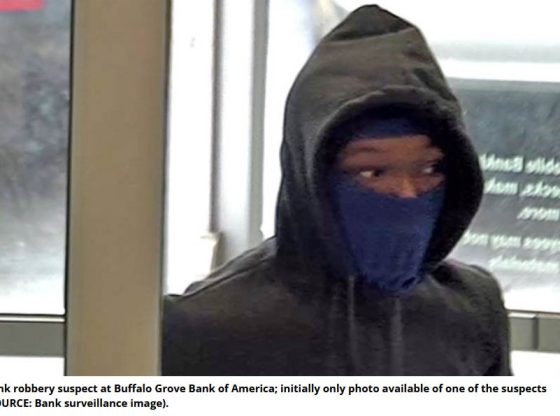 On Saturday around 12:15pm, police responded to a report of a robbery at a bank located at 55 W. Lake Cook Rd. The bank is the Buffalo Grove Bank of America branch.

According to reporting, the Chicago FBI said two men entered the bank to demand money. The men were armed with hand guns and an employee was assaulted.

The two suspects were wearing dark clothing and described as a young and an older man both of whom are Black. They were described as having fled in a white Jeep Grand Cherokee.

At this time, it has not been stated how much money was taken.

If you have any information, the FBI receives tips submitted via tips.fbi.gov.