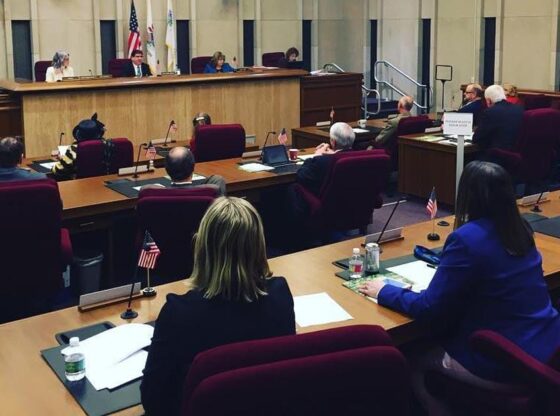 WAUKEGAN, Ill. (WLS) — In the weeks following the mass shooting in her town on July 4, Highland Park Mayor Nancy Rotering has spoken tirelessly to lawmakers about gun control legislation.

“We owe it to those who experienced the horror in our town, in country. We owe it to our children,” she said.

The Lake County Board has no authority to ban weapons, but at Tuesday’s meeting, they considered a resolution to support a state bill that would ban both automatic weapons and large magazines for ammunition.

“Our legislators need to hear from us that they want to live our lives freely,” said Lake County Board Chair Sandy Hart.

A lone gunman used a semi-automatic rifle to fire dozens of rounds into the crowd at Highland Park’s 4th of July parade, killing seven and injuring more than 40 others. Gun rights supporters said laws banning weapons would make no difference.

“They’re trying to ban a specific firearm many of us already own. We can purchase it today, possess it, we can use it today,” said gun owner Abraham Avalos.

Lake County Board Member Dick Barr said “this legislation will not make us any safer.”

Despite the opposition, board members passed the resolution by a three to one margin. Some said it’s not just about the Highland Park tragedy.

“We find persons of color are victims of gun violence in rates much larger than any other in the county,” said Lake County Board Member Angelo Kyle.

While the resolution went into effect immediately, the state legislature is not likely to take up the assault weapons ban before the November elections.