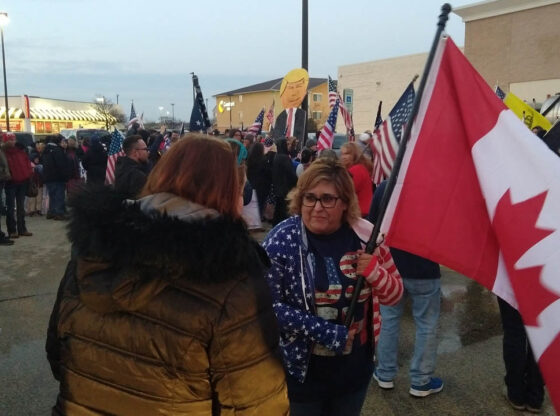 On March 1st and starting at 5:00pm, a gathering in support of the Trucker’s Convoy took place adjacent to Gurnee Mills Mall. The event was towards amassing local people to head south on I-94 and combine with other such groups from across the country and head to DC in a large contingent.

The “Trucker’s Convoy 2022” is marketed as a protest directed towards mask and vaccine mandates, defending freedom. The pandemic has killed millions of people worldwide and over 700k in the United States. Hundreds of millions of people throughout the world have been sicked by covid-19 and many will suffer lasting health consequences. Mitigation measures such as masks and vaccines are in effort to combat a very serious pandemic instead of impinging on freedom.

Unfortunately the pandemic was politicized early on, resulting in the narratives insisting that public health protection measures are nefarious efforts to curtail freedom. People were literally killed by the rhetoric as it led to individuals eschewing masks and vaccines which dramatically reduce hospitalization and death.

The Trucker’s Convoy 2022 is more about rebelling against a political party and rooting for another. This is evidenced by the abundance of Trump flags, Trump caricatures, Gadsen flags and political bumper stickers seen at Tuesday’s protest.

By about 5:15pm about 150 protests had gathered in a parking lot on the southeast corner just off of Grand avenue. The parking lost was not part of the property Gurnee Mills leases and the mall had a very large number of staff security on hand as well as Gurnee police. Protesters were not allowed to protest on the mall part of the property.

The gathering was loud with drummers, horns honking, sirens blaring and chants from the crowd, along with helicopters flying over head. In attendance was Gary Rabine who is running for Illinois Governor. Not wanting to miss a chance to try to garner supporters, he came to the protest and brought his large ostentatious campaign bus.

By 5:45pm as the sun was setting, the event organizer encouraged those not driving on to line the route off the property to cheer on the trucks as they drove by. About pedestrians ran across the road carrying their Trump signage and flags. Mall security and police were sure to form a line keeping the crowd from heading west into the mall area.

As for big rigs, the Gurnee event just had three septic waste hauler trucks and about 15 large picks up trucks to contribute to the convoy ultimately headed to DC. With the crowd in place, they roared on Grand Avenue and headed east towards I-94.

At a time when the people of Ukraine are fighting for their lives and country against Russia, this was a display that misses the deeper meaning of freedom. Russia under Vladimir Putin seeks to not only take over a neighboring country with an elected government, it wants to destroy democracy all around the world. The contrast couldn’t be more stark.

The people who gathered yesterday should just get the shot and read some history books too. 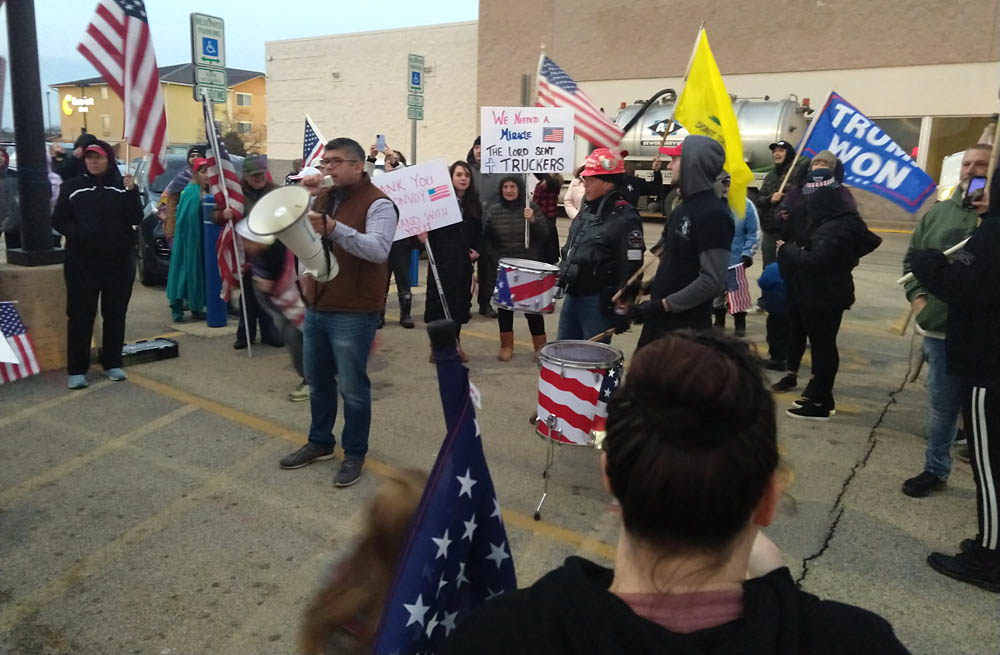 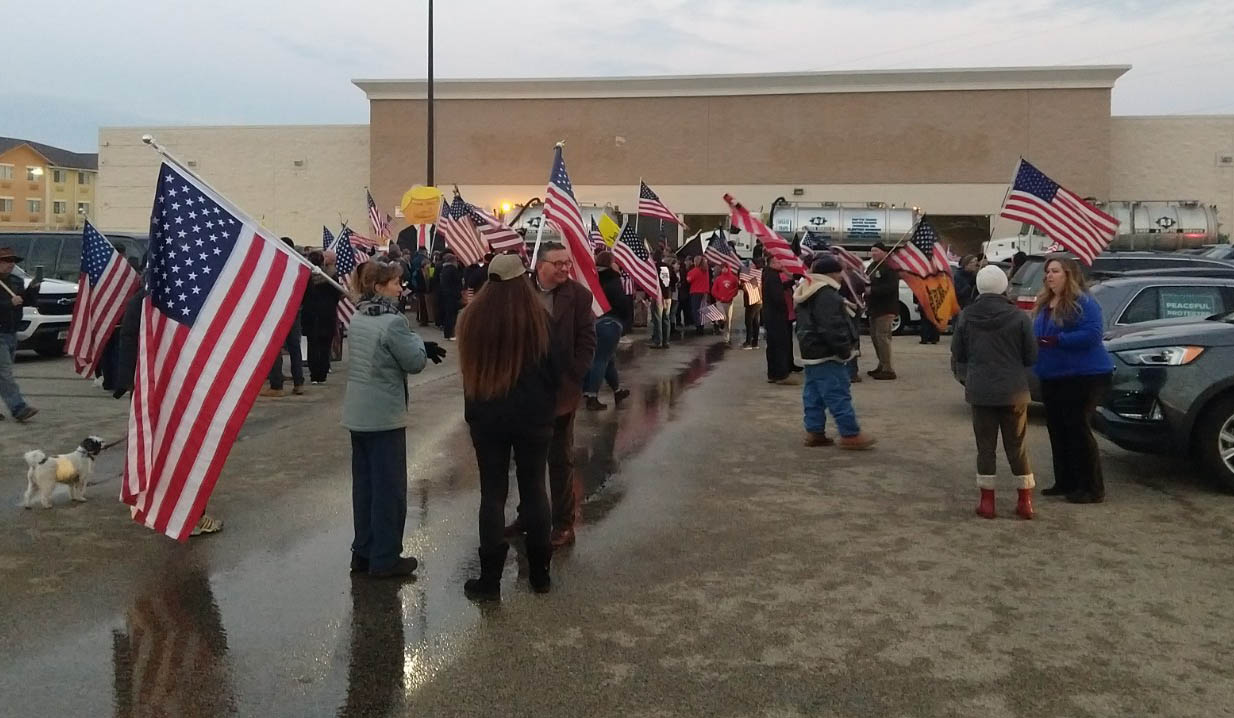 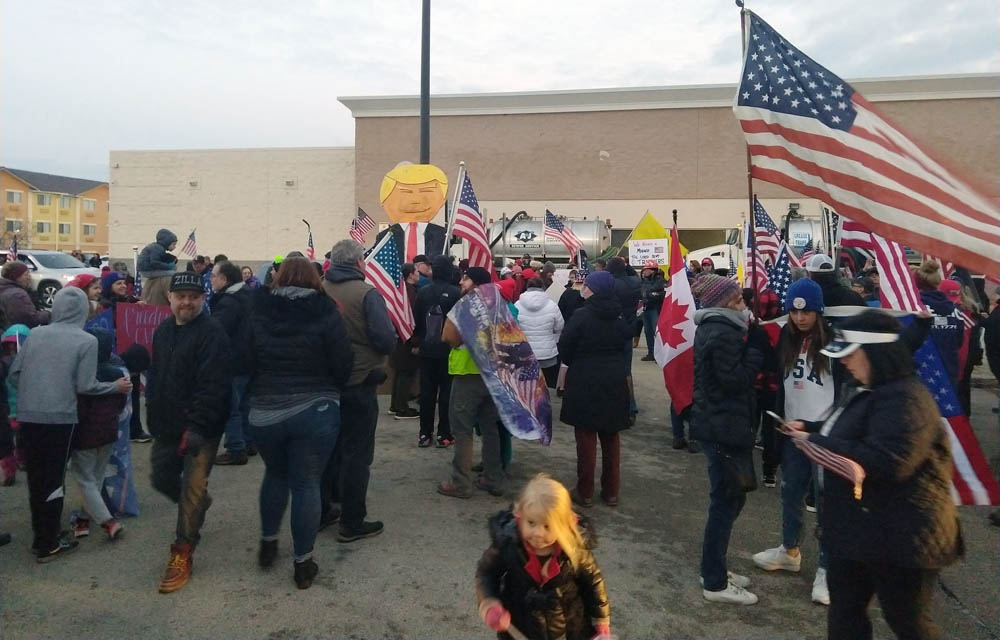 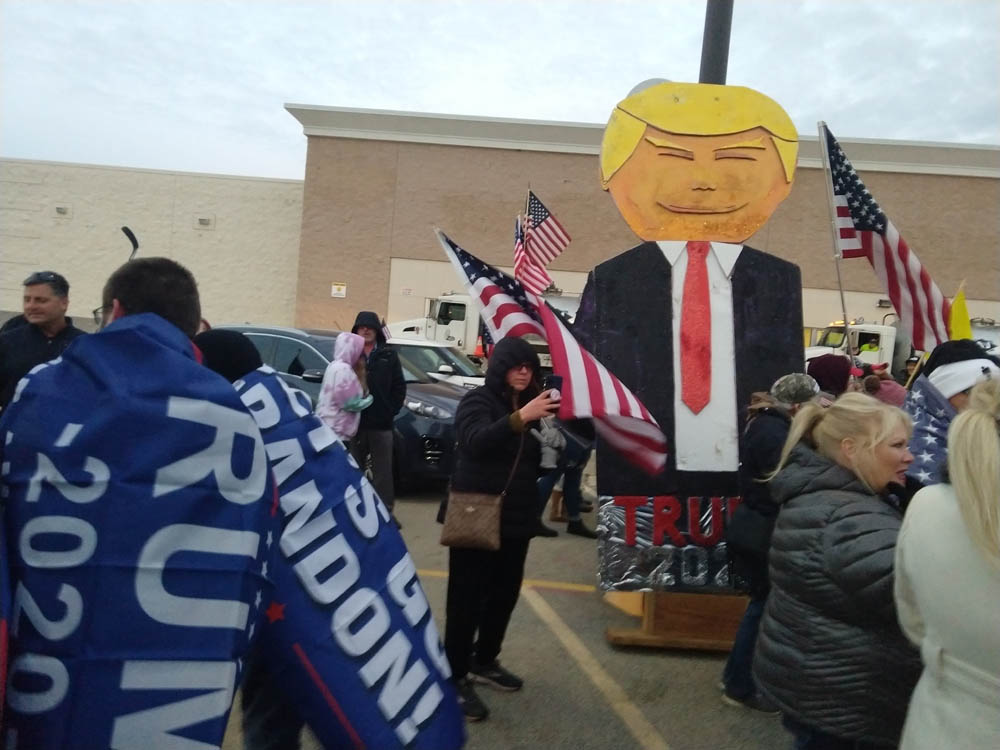 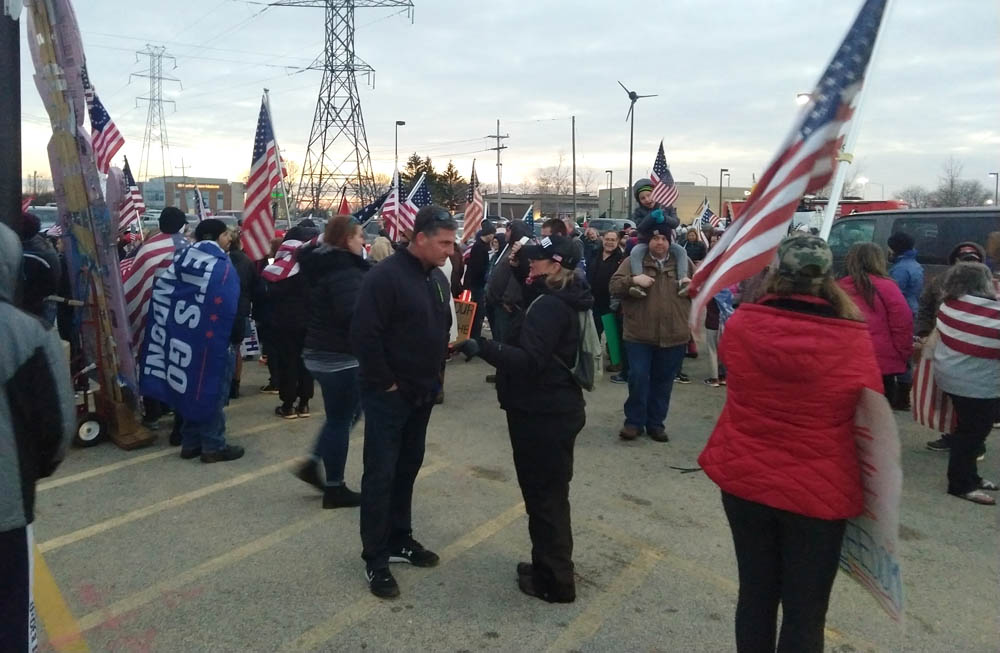 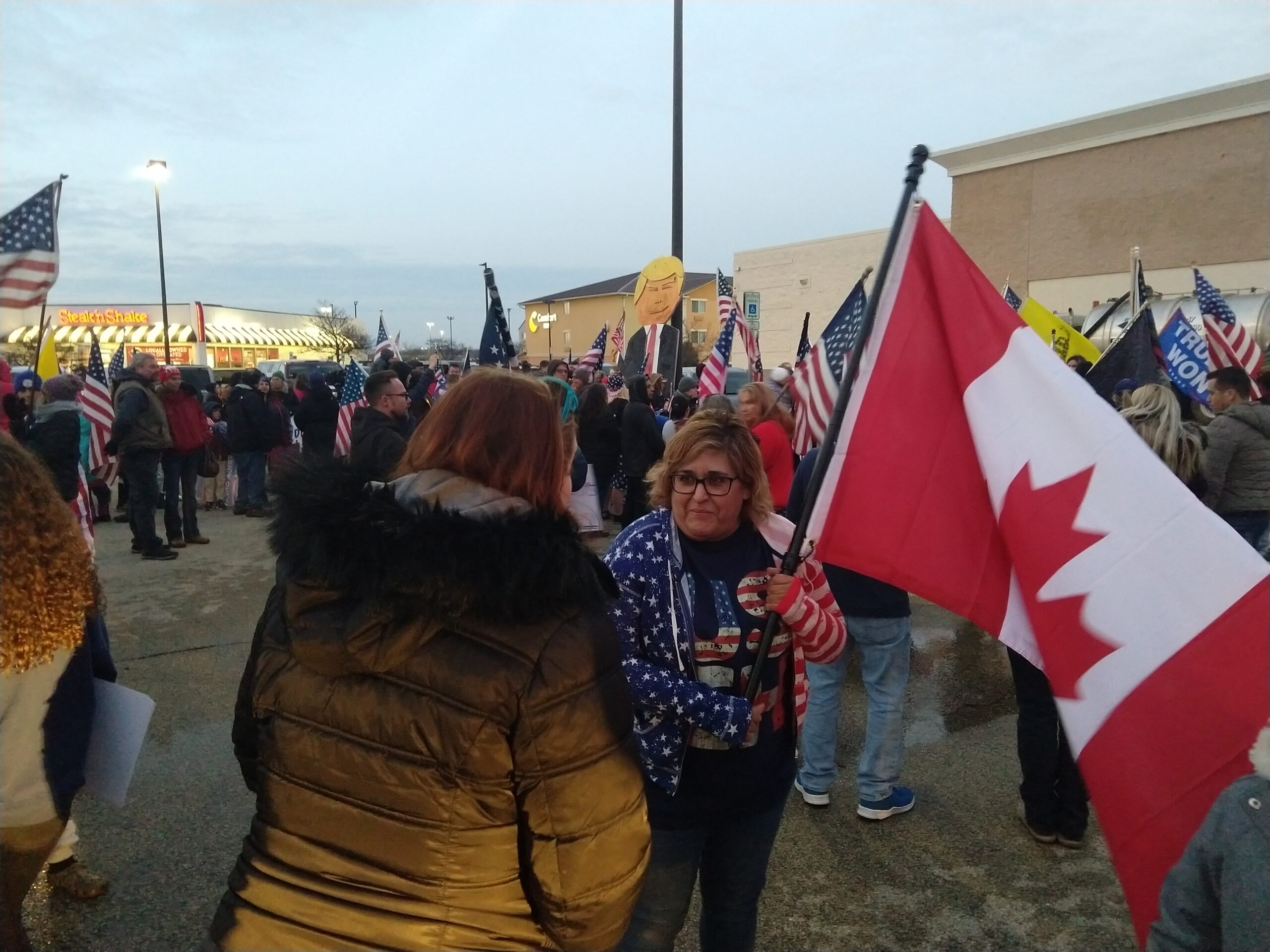 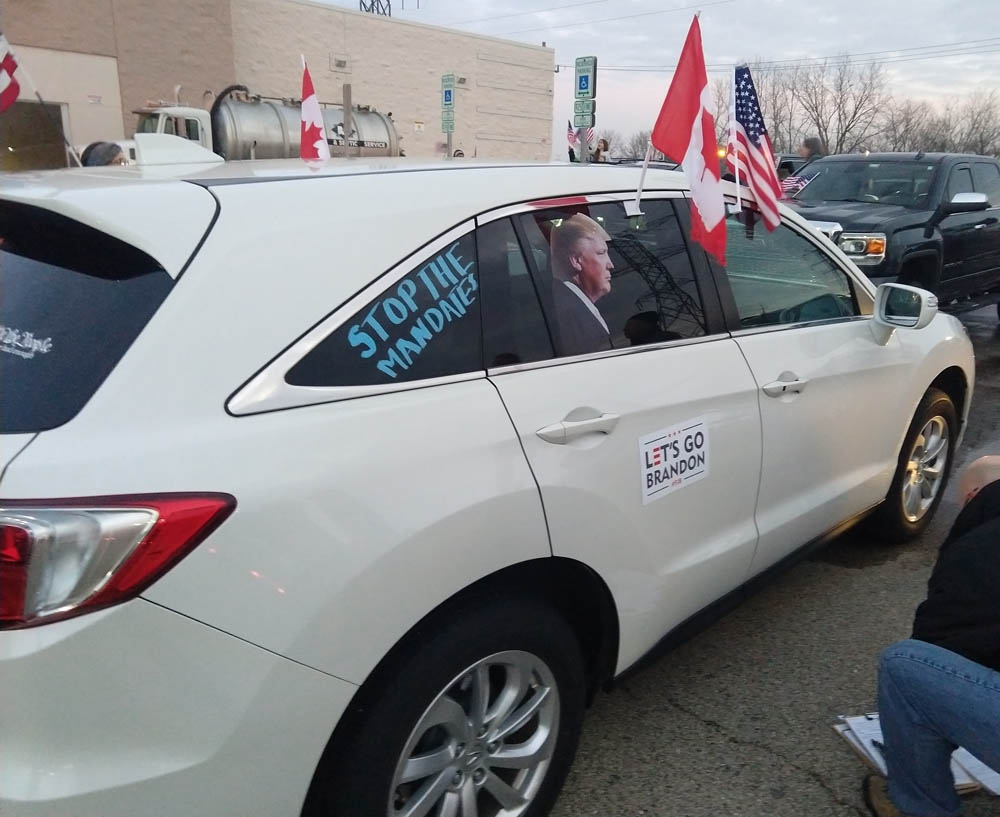 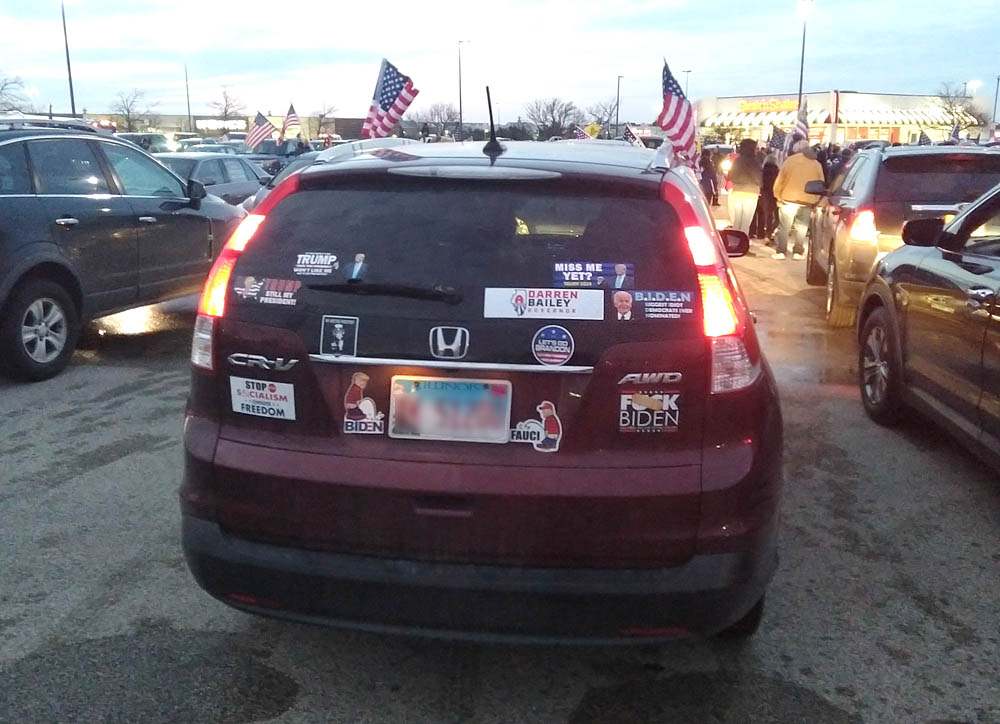 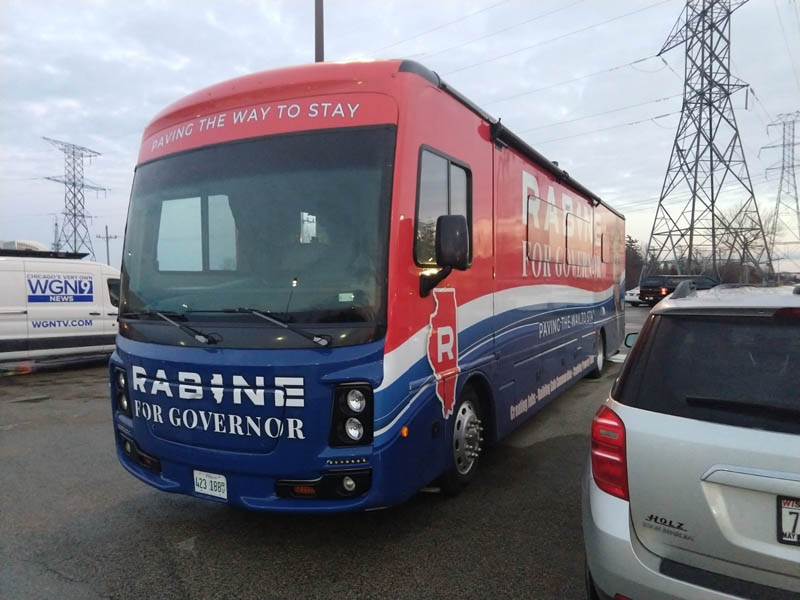 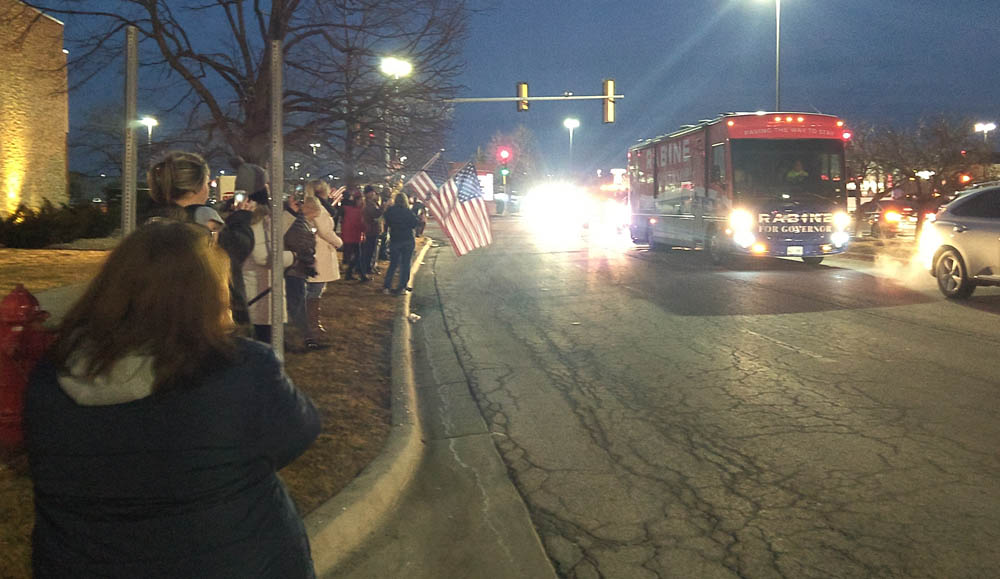 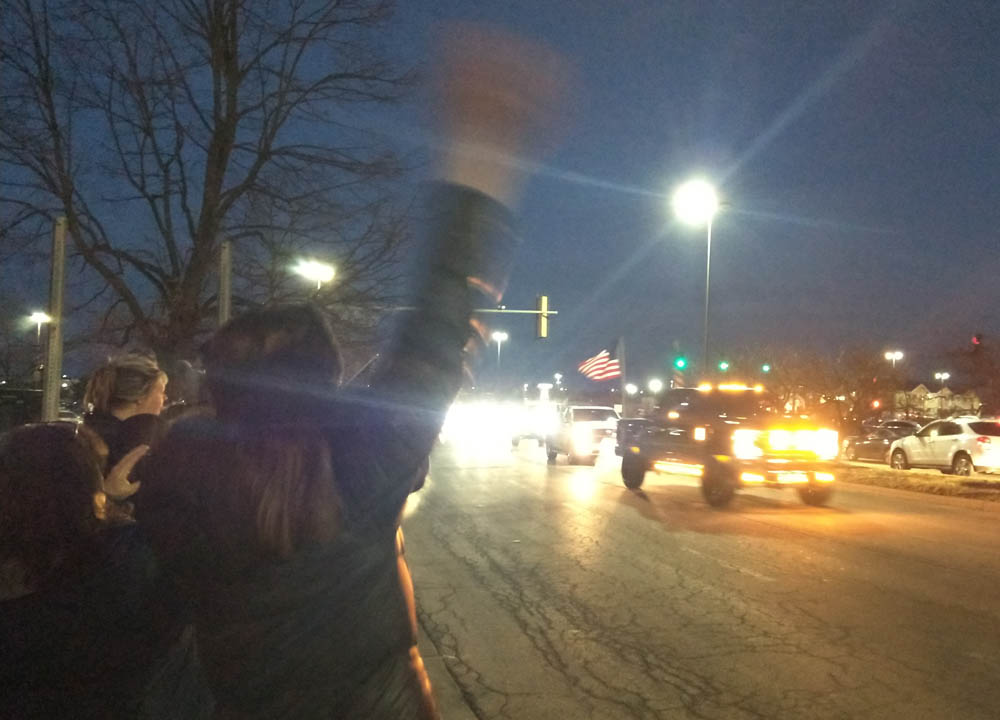