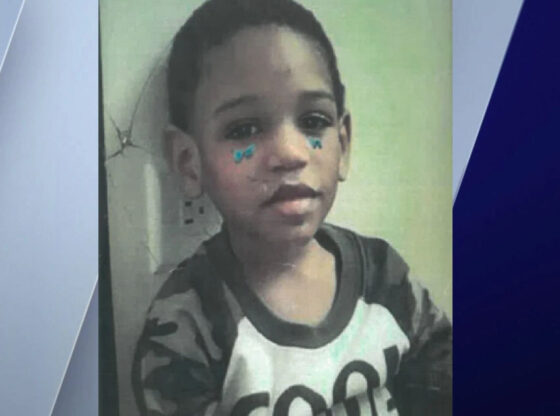 The mother of a 6-year-old North Chicago boy whose body was found in Gary, Ind. is accused in his suspicious death while the boy’s brother was charged with allegedly hurting him, hiding the body and misleading authorities, officials said Saturday evening.

Jannie M. Perry, 38, was charged with first-degree murder, concealment of a homicidal death, and obstructing justice in the death of Damari Perry, 6, whose body was found early Saturday in an abandoned house in the 700 block of Van Buren Street in Gary, Ind., according to a statement from Lake County Illinois state’s attorney’s office.

Damari was reported missing Wednesday by his mother and a sibling, and the family at first told police he might be in Skokie, which turned out to be a “completely false” story contradicted by evidence and resulting in the obstructing justice charges, according to the statement.

Then investigators quickly turned their focus to the boy’s home in North Chicago and the three were arrested Friday night.

Mother and son were expected to appear in Cook County bond court on Sunday for a hearing while a juvenile sibling of Damari, who is also believed to be responsible for his death, faces charges in Lake County’s Juvenile Court in Waukegan.

Prosecutors indicate that more charges could be filed as the investigation continues.

“Our hearts ache over the murder of 6-year-old Damari Perry,” Lake County State’s Attorney Eric Rinehart said in the statement. “We would not have reached the awful truth of this case without the work of the FBI, the North Chicago Police Department, and the investigators and staff at the Lake County Children’s Advocacy Center.”

“Prosecutors, investigators, and victim support professionals worked late into the night and into the early morning to make sure we understood this tragic crime now, because of their rigorous and detailed investigation, we will be able to bring Damari’s killers to justice in a courtroom,” Rinehart said in the statment.

All other children in the family’s home were placed in the custody of the Illinois Department of Children and Family Services, according to the statement.

There was no threat to the general public, an earlier statement said.

It’s not clear immediately how Damari died, and his autopsy is slated for Monday in Indiana.