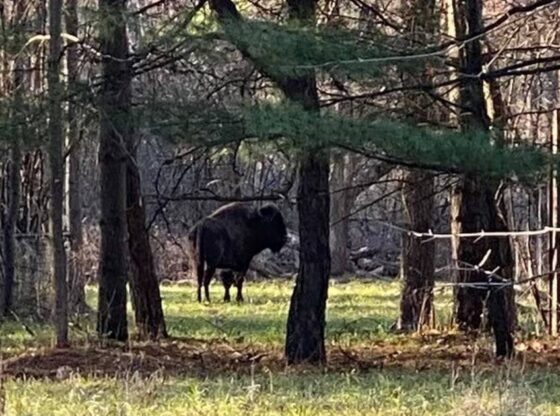 An American buffalo is making itself at home on the range, er, in Chicago’s suburbs, and the sheriff’s office in Lake County has an important message for anyone who sees it.

In a pun-heavy message on Facebook, the Lake County Sheriff’s Office in Illinois said the buffalo “fled from her ‘farmiliar’ surroundings in September” and, as of December, continues to graze in western Lake and eastern McHenry counties.

The owners of the buffalo, “fondly” named Tyson the Bison, are hoping for a snowfall so they can track the animal and safely bring it home.

In the meantime, the sheriff’s office is warning suburban residents not to approach Tyson.

If you do see Tyson, the office advises you to call your local police agency, “and we will call the owners for a ‘smooooth’ apprehension!”