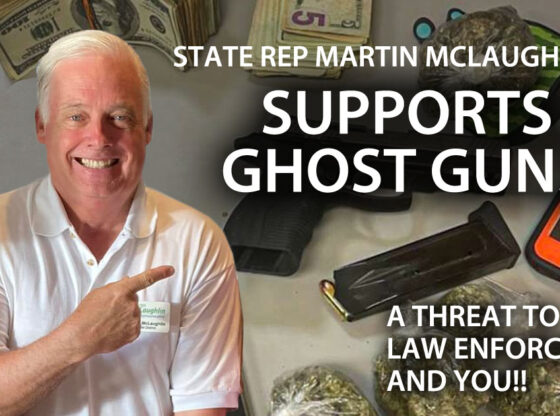 We have reached the point in our nation where we together recognize the need for sensible gun safety reforms. There was a mass shooting in Highland Park. Just before that, there was the shooting and killing of elementary school children in Uvalde Texas. Right before that was a mass shooting at a grocery store in Buffalo New York. We can no longer count them. This stopped being a partisan issue as sensible people favor legislation that increases safety while respecting the rights of lawful gun owners. Unfortunately State Representative Martin McLaughlin of Illinois is not a reliable partner and continues to oppose even the most sensible reforms.

McLaughlin Voted in Support of “Ghost Guns”
In April of this year, HB4383 was introduced in the General Assembly to ban the sale of “ghost guns”. Rep McLaughlin voted NO. Ghost guns are kits which enable someone to assemble a set of pieces resulting in a fully functioning firearm that is completely untraceable and no FOID card is necessary to buy the parts. Ghost guns are a favorite among gang members and hated by law enforcement personnel whose responsibility it is to deal with criminals and solve murders. These weapon kits come in calibers from small 22s up to AR-15s, which can easily be customized to full automatic.

McLaughlin Voted Against Strengthening Red Flag Law
McLaughlin also voted NO on HB1092, colloquially known the “firearm’s restraining order.” HB1092 is designed to enable a court to take custody of firearms where an owner is unfit due to a variety of circumstances. We have a substantial mental health crisis in this country and most often, mass casualty attacks are conducted by troubled young people. HB1092 also allows law enforcement to take possession of parts used to make ghost guns.

McLaughlin Beholden to the Gun Lobby
Why would a legislator oppose even the most basic gun reforms? He has been rated 92% by the National Rifle Association this year, 92% in 2020 and 86% by the group in 2017. His votes reflect that he puts their interest ahead of public safety, law enforcement and our community.

Say No to McLaughlin This November
Common sense gun reform that protects safety and lawful owners is a no brainer and something that people across party lines want. Legislators such as McLaughlin who stand in the way need to be let go as they have had their chance and failed. McLaughlin is running for re-election in this electoral cycle. Together we can tell him NO at the ballot box. 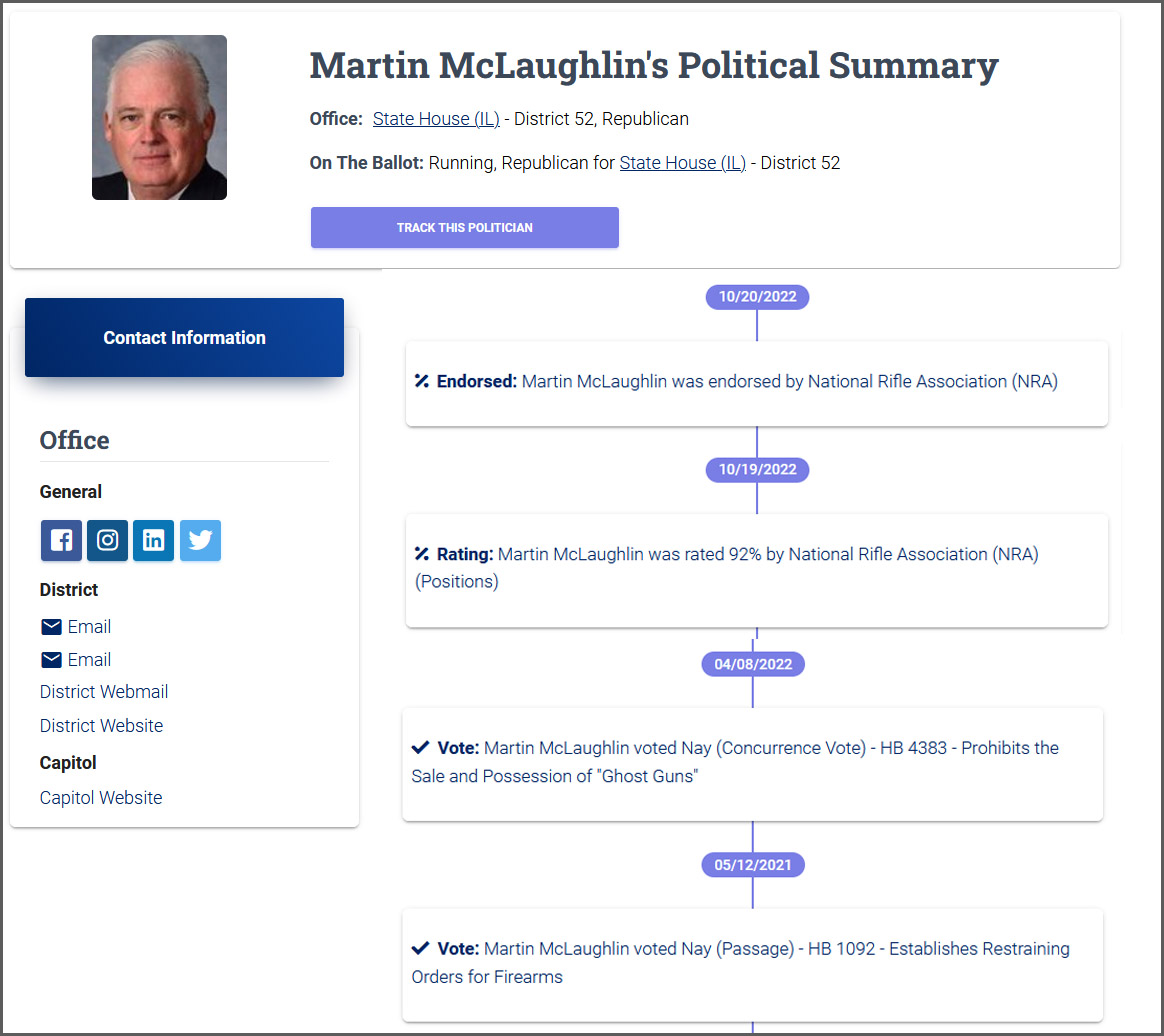