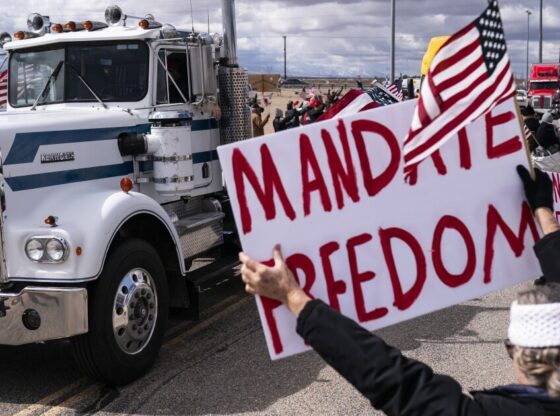 Several Facebook groups dedicated to the “Freedom Convoy” are indicating that Gurnee Mills Mall will be a gathering point for locals to join and drive to DC. The gathering is expected to take place on March 1st at 5:00pm. Per the statement..

The group encourages people to join with RVs, cars, trucks, etc and to also line the adjacent road ways. The “Freedom Convoy” is overtly designed to protest mask and vaccine mandates. It also has political implications as it is also generally a protest aimed largely at Democrats. Trump flags, Gadsen flags and other symbology are common at other such convoys.

The approach was made popular by truckers in Canada who snarled traffic and blocked streets in Ottawa, where crowds inhibited normalcy and economic function. The problem also moved to a vital bridge connecting Canada to the US, completely blocking it. At a time when supply chain disruption is already a factor in the inflationary environment we are currently in, the move is unwelcome. It is estimated that Detroit auto workers were loosing 50 million per week in waged due to the protests.