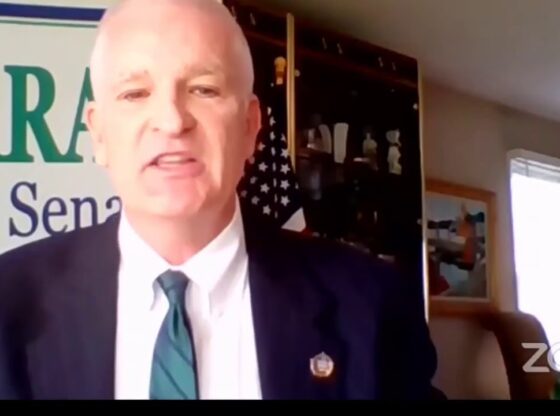 Competition for the open Illinois Supreme Court District 2 seat grew, and a Republican primary is assured, as former Lake County Sheriff Mark Curran became the fifth candidate in the race.

Curran announced his candidacy for the Republican nomination for a 10-year term on the Illinois Supreme Court Thursday during a gathering in front of his downtown Waukegan law office.

With Curran’s entry into the race, Republican voters will have their pick of at least two candidates in the June 28 primary. Lake County Circuit Court Judge Daniel Shanes announced his candidacy earlier this year, shortly after the Supreme Court drew a new map in May.

Traditionally, Curran said, Lake County Republican leaders picked candidates for office in a “smoke filled room” telling party members who they should like. He intends to get his message directly to the voters. He did not accuse Shanes of being a party insider.

“I know him, and he’s an honorable judge,” Curran said. “He’s a nice guy but I don’t know where he stands on the issues. Some sources of big money could be behind Shanes.”

More about Mark Curran and his campaign can be found on www.electcurran.com