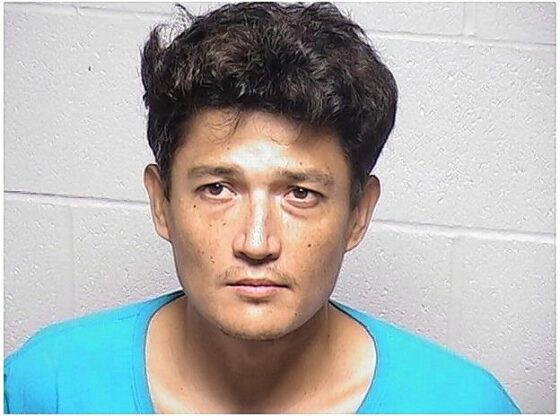 Mcred Valderama, of the 24500 block of West Passavant Avenue in unincorporated Round Lake, is a registered a violent offender, authorities said. Detectives learned of the sexual contact between Valderama and the juvenile family member on Friday and took him into custody at his home that same day.

The girl told a trusted adult who then reported the sex assault to police. Detectives obtained “significant evidence substantiating the allegations,” according to a news release from the Lake County Sheriff’s Office.

The girl, whose current age is not being released, was sexually assaulted several times per month over the course of several years, Lake County Deputy Chief Christopher Covelli told Patch in an email response.

“Many of the assaults took place when she was under the age of 12,” Covelli said.

“We have zero tolerance for those who prey on our most vulnerable. I am proud of our detectives for their thorough investigation and rapid apprehension of this offender,” said Lake County Sheriff John Idleburg. “We are hopeful the victim can begin healing from the abuse she endured.”

Valderama remains behind bars and is due back in court on Sept. 21.

Valderama is already on the Murderer and Violent Offender Against Youth Registry in Illinois, which lists him as having been convicted of domestic battery/bodily harm. The victim was 7 years old and Valderama was 26 at the time of that offense, according to the registry.

In 2012, Valderama was sentenced to 24 months of probation after he was found guilty on several domestic battery/bodily harm charges, according to online court records. In 2014, he was sentenced to 12 months of conditional discharge for violating conditions of the violent offender youth registry.